After impressing for the Delhi state team during the U-14 nationals, Ayush Adhikari was selected for the U Dream Football programme in Germany, where he spent almost four years. Thereafter Ayush signed for Bengaluru-based Ozone FC. In 2019 he was picked by Kerala Blasters FC for their Reserve side before being loaned out to Indian Arrows in the Hero I-League. Ayush made his Hero I-League debut and went on to make 13 appearances for his side. He made his Hero ISL debut with Kerala Blasters FC in the 2020-21 season. 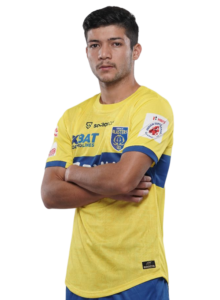