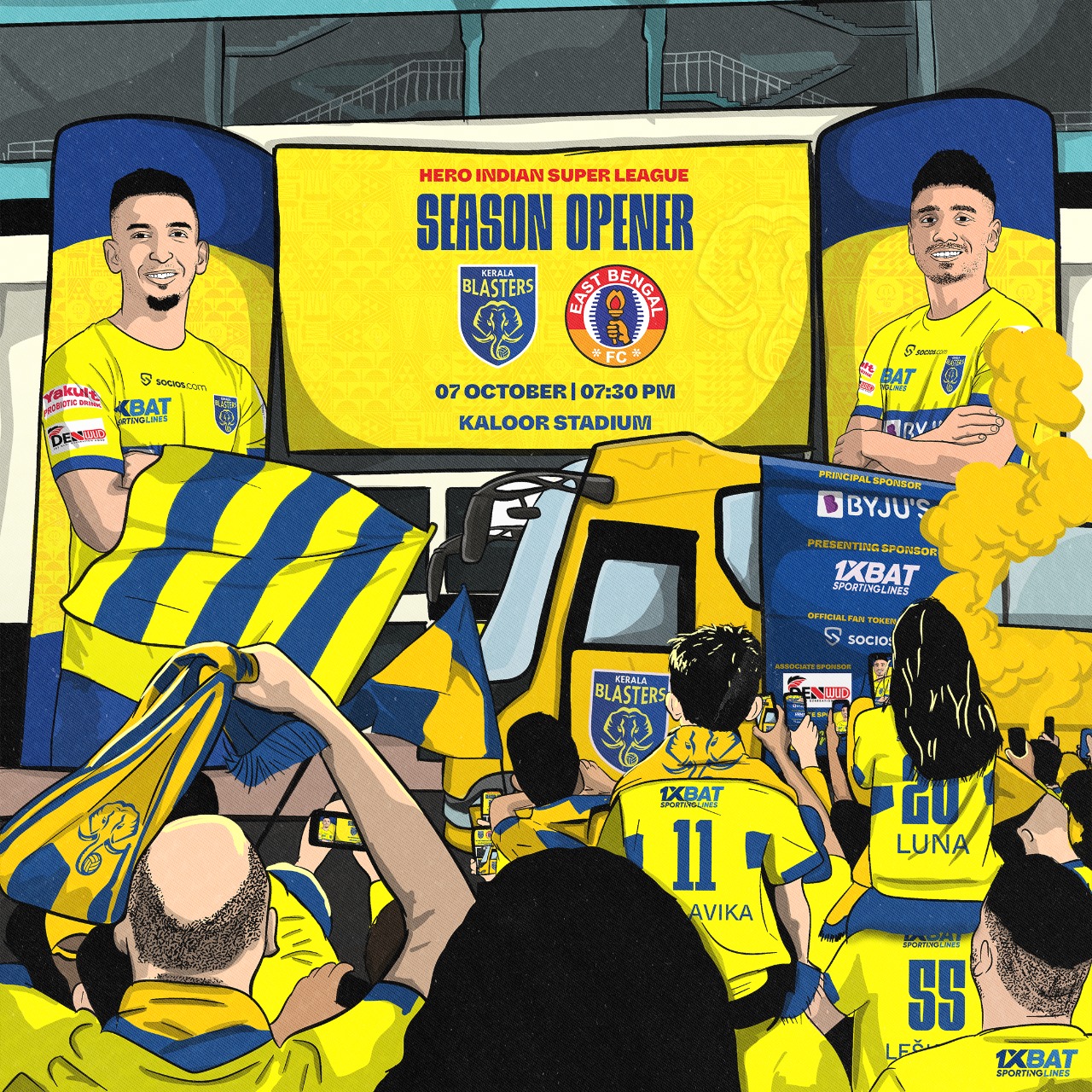 The new iteration of Hero Indian Super League will kick-off on 7th of October, 2022 with Kerala Blasters taking on the Kolkatan side Emami East Bengal at JLN stadium, Kochi.Missing the silverware by a whisker in last season, KBFC will be eyeing for a win to kick start the journey towards glory. With the fans getting back to the stands, the Men in yellow is all pumped up to prove their mettle in front of their 12th Man.

Kerala Blasters retained coach Ivan Vukomanovic, the core Indian team and the two foreigners – Adrian Luna and Marko Leskovic – after their dream run into the ISL finals last season. Victor Mongil, a familiar face to Indian football has joined our ranks alongside Ivan Kalyuzhnyi, Apostolos Giannou and Dimitrios Diamantakos.For bolstering our attacking side, we have brought in the likes of Saurav Mandal and Bryce Miranda from Churchil Brothers and also Bidhyashagar Singh in a loan deal from Bengaluru FC. Nihal Sudheesh and Sreekuttan MS have been promoted to the senior team from the reserves and the SAFF U-20 champion Vibin Mohanan will also join the squad after a loan-spell at Indian Arrows.

Ivan Kalyuzhnyi, who hails from Ukraine have impressed the spectators with his vision and on-the-ball control during preseason time.Youngsters Saurav Mandal and Bryce Miranda have shown glimpses of wonders throughout the whole preseason and they’re ready to give out everything on the field.Similar to the previous two editions of ISL, Jessel Carneiro will be leading the Yellow Army once again. Jessel, who joined the club in 2019, made his presence throughout ISL season 6 by adding 5 assists to his name in that single season. Midway through the ISL-8, he got injured and Adrian Luna lead the team thereafter.

KBFC have previously faced East Bengal 4 times in ISL out of which the spoils were shared 3 times. In their recent meeting, the Blasters emerged victorious for the scoreline of 1-0, courtesy to Enes Sipovic’s thumping header goal.

You can catch the live telecast of KBFC vs EB on Star Sports, Disney+ Hotstar, Jio TV and Asianet Plus.