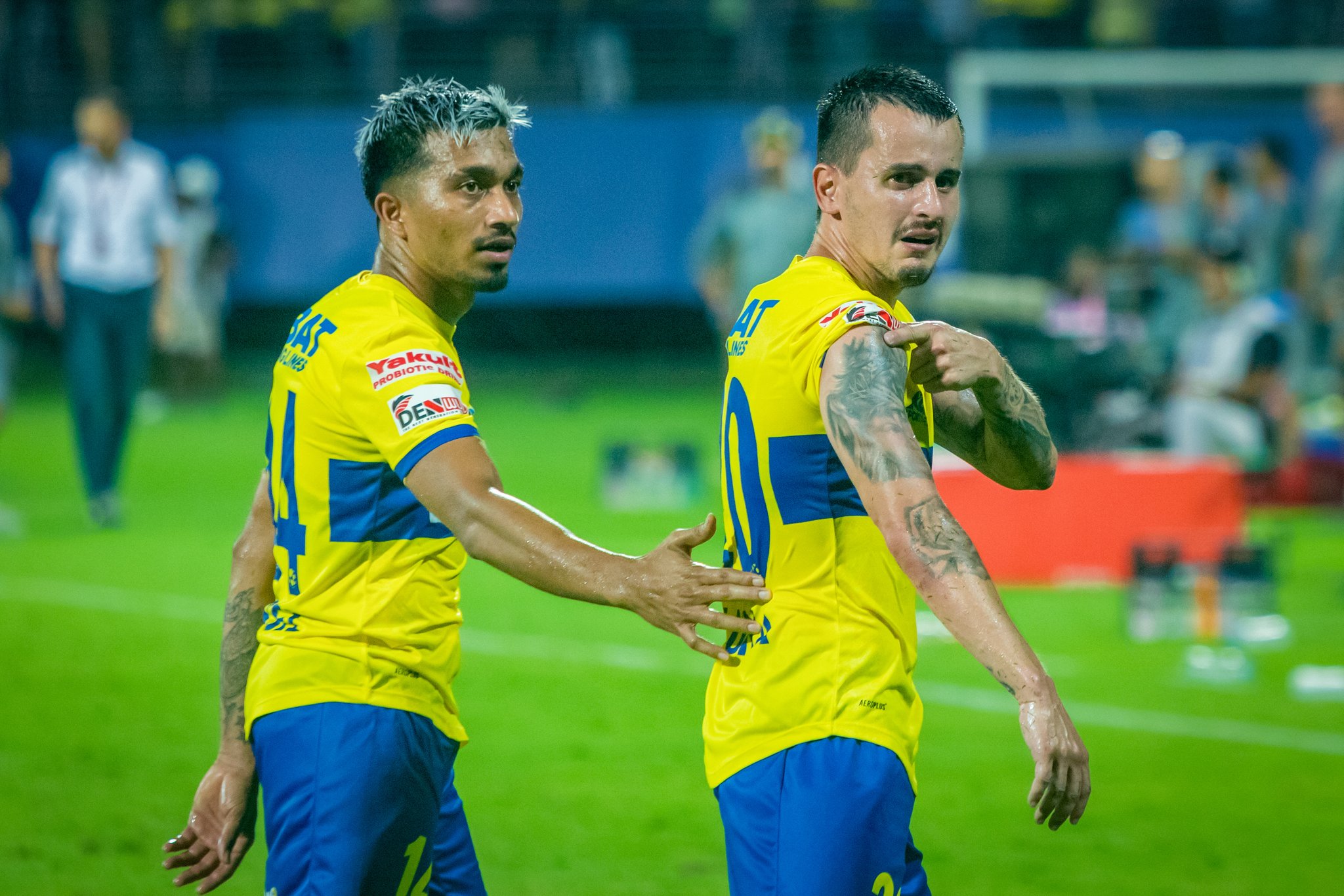 THE REWIND: KBFC VS EBFC

With packed stadium of ‘YELLOW SEA’ and two teams fighting hard till the last minute for 3 points, the opening match for ISL 9 was electrifying in all means. A score line of 3-1 KERALA BLASTERS emerging victorious does not tell the complete story. With a tough fight till the end and scoring a goal against the flow of the game, EAST BENGAL FC have also sent out a clear message for opponents in the opening game itself.

The first ISL match open for the fans after the pandamic had all the beauty of possession football when both teams opted to play with a 4-4-2 formation.With Marko Leskovic narrowly missing the target at the 5th minute to a curler by Adrian Luna from the left corner, Blasters were first to get closer to goal.East Bengal made their presence felt in the game within no time. Intercepting a pass from the Blasters midfield, East Bengal was quick to get the ball through blasters defence line on the 7th minute. A powerful screamer by Alex Lima from just outside the penalty box was saved by Prabhsukhan Singh Gill through a full-length dive. Seconds left for the 10th minute our target man Apostolos Giannou managed to break the East Bengal defence for a cross from the captain Jessel Carneiro but missed the target. Blasters again came close to scoring on the 25th minute. Sahal Abdul Samad switched to the left wing and reached closer to the East Bengal goal line. Noticing that the East Bengal defenders were quick to block the target, he passed the ball to Lalthathanga Khawlhring (Puitea) who took a shot which missed the goal post narrowly. A freekick attempt on target from Adrian Luna was denied by East Bengal goalkeeper Kamaljit Singh with a magnificent save.

Failing to score in the first 45 minutes, Kerala Blasters attack became more consistent in the second half. Kamaljit Singh emerged as a saviour for East Bengal twice. A powerful shot on target from Apostolos Giannou at the 49th minute and a close range shot from Adrian Luna at the 53rd minute was denied by individual brilliance from the East Bengal custodian. Blasters replaced Sahal Abdul Samad with Rahul KP at the 71st minute to add freshness to attack.

First Goal of ISL 9 came in at the 72nd minute through a long ball assist by Harmanjot Singh Khabra from middle of the pitch. Adrian Luna managed to break the East Bengal defence and guide the ball to the net with his first touch.With 20 minutes more to the regular time, Coach Ivan Vukomanović introduced one of his lethal weapons to ISL 9. Ukrainian central midfielder Ivan Kaliuzhnyi came in for attacker Apostolos Giannou. With this change, Blasters switched to an Indian foreign combo with Rahul KP joining Dimitrios.Diamantakos in attack. By converting a brilliant individual run in 82nd minute and a powerful volley in 89th minute to goals, Ivan Kaliuzhnyi emerged as the super-sub for Kerala Blasters in the opening match. East Bengal was not ready to go down without a fight. Alex Lima managed to remain unmarked inside the Blasters penalty box to convert a corner to goal for the Red and Gold Brigade at the 88th minute