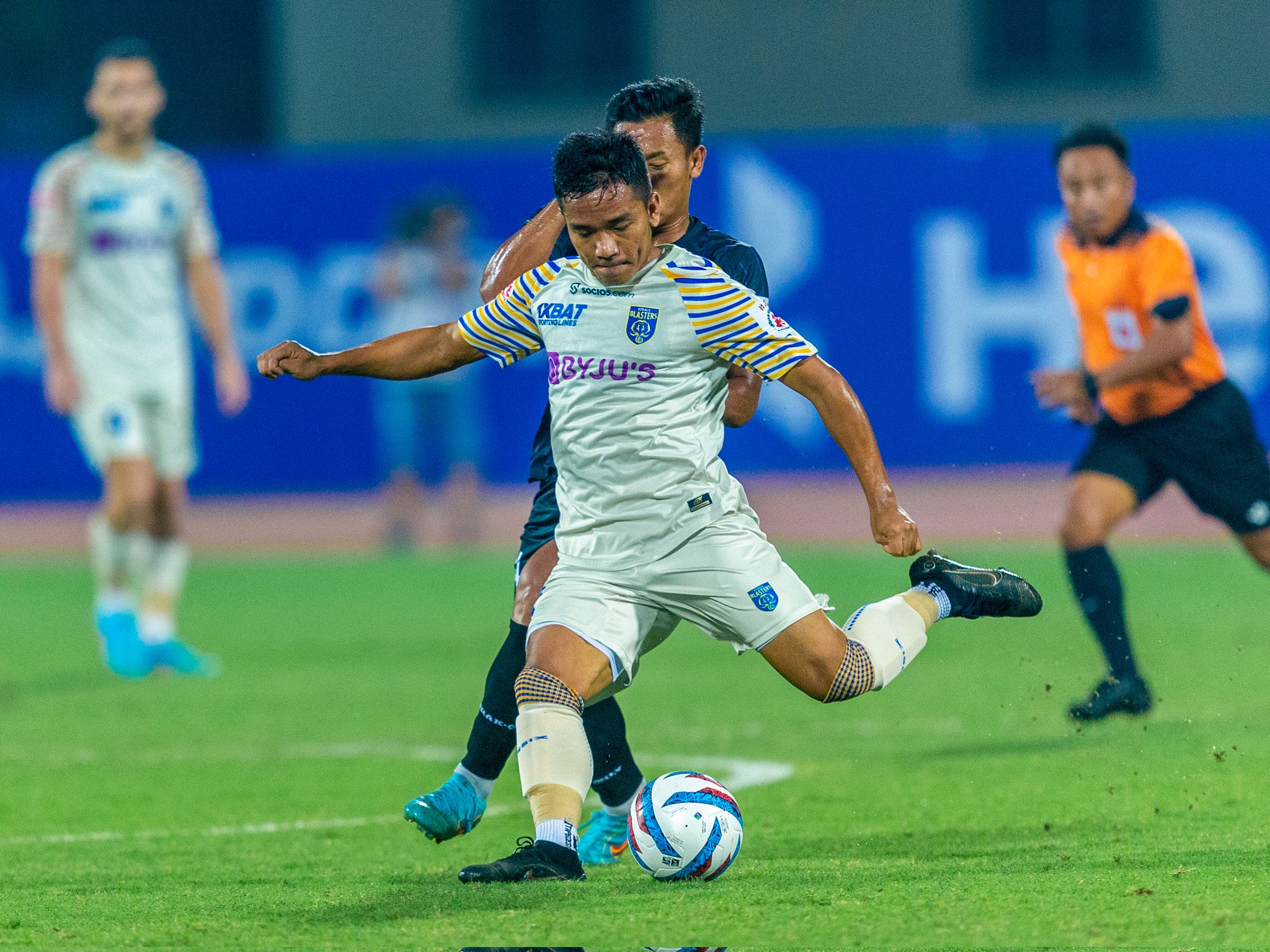 THE REWIND: OFC VS KBFC

After leading the score board for first 45 minutes of the game, ‘MEN IN YELLOW’ unfortunate not to secure a point again. When both teams were not ready to settle for anything less than 3 points, it was a match of two teams playing with calculated attacks. When Odisha FC opted for 4-3-3 formation, Coach Ivan made a slight change by moving Ivan Kalyuzhnyi behind the target man Dimitrios Diamantakos which made the formation change to 4-4-1-1.

Contrary to the full-on attaching football which Kerala Blasters is known for, Blasters played with measured moves. On the other hand, Odisha FC too played tactically by killing each move from Kerala Blasters in the midfield itself before it could progress to the attacking third. Though Jerry Mawihmingthanga found the back of the net on the 7th minute, rule book stood against him. Goal was not allowed as contact was made when the ball was under the control of Blasters custodian Prabhsukhan Singh Gill. Ivan Kalyuzhnyi tested Amrinder Singh on the 10th minute of the game for the Blasters. Whereas, Thoiba Singh Moirangthem did the same against the visitors on the 24th minute.

With attacks swinging in each direction Kerala Blasters opened the score card with a brilliant tactical goal on the 35th minute. When Adrián Luna walked towards the corner flag, the only player who was walking back from the Odisha penalty box was Harmanjot Singh Khabra. With Marko Lešković inside the box anticipating a corner, this looked like the defender was going back to his position to safeguard the defence line to tackle any counter attacks. Luna opted for a short pass to Puitea and brought the ball to open play. When players were moving back from penalty box, the man with jersey number 10 for Kerala Blasters brilliantly moved into the penalty box and remained unmarked by any Odisha players. A pinpoint cross from Luna and a header by Khabra looked like a move made to perfection from the practice ground. It could be a coincidence that Harmanjot Singh Khabra registered his name on score card against the same opponents last season too.

Blasters custodian was quick to clear a dangerous shot from Diego Maurício on the 47th minute. However, the man in jersey number 17 for Odisha FC turned the score board to ‘Square One’ for the host on the 54th minute. Jerry Mawihmingthanga was quick enough to get his boots on to a rebound inside the Kerala Blasters penalty box. After finding the equalizer, Odisha FC started testing the Blasters defence line consistently. Rahul KP replaced Sahal Abdul Samad on 60th minute for Blasters. Blasters also made a double substitution on the 64th minute when Víctor Mongil replaced Ivan Kalyuzhnyi and Nihal Sudeesh came in for Hormipam Ruivah. The very next minute Odisha also introduced fresh legs with a triple substitution. Nanda Kumar replaced by Isak Vanlalruatfela, Pedro Martin replacing Diego Maurício and Raynier Fernandes replacing Issac Vanmalsawma.

Odisha custodian was spot on in collecting a header from Dimitrios Diamantakos on a cross from Luna on the 67th minute. Very next minute Jerry tested Prabhsukhan Singh Gill for the hosts. Amrinder Singh managed to get his finger on the ball to clear an attempt from Jeakson Singh Thounaojam for Blasters on the 77th minute. Odisa replaced Thoiba Singh Moirangthem with Paul Ramfangzauva on the 80th min. A header attempt from Raynier Fernandes on the 85th minute for Odisha Fc went away from the target. But Odisha FC managed to take the lead the very next minute. A long ball clearance from Amrinder Singh on the 86th minute was guided to the net by Pedro Martin. Blasters replaced Harmanjot Singh Khabra with Nishu Kumar and Puitea with Saurav Mandal on the 87th minute. Odisha also went for their final substitution with Jerry replaced by Denechandra Meitei.

Two minutes into the extra time, an attempt from Dimitrios Diamantakos to get a pass to the penalty box was blocked by Amrinder Singh. Score board remained in favour of Odisha FC when the final whistle went out.