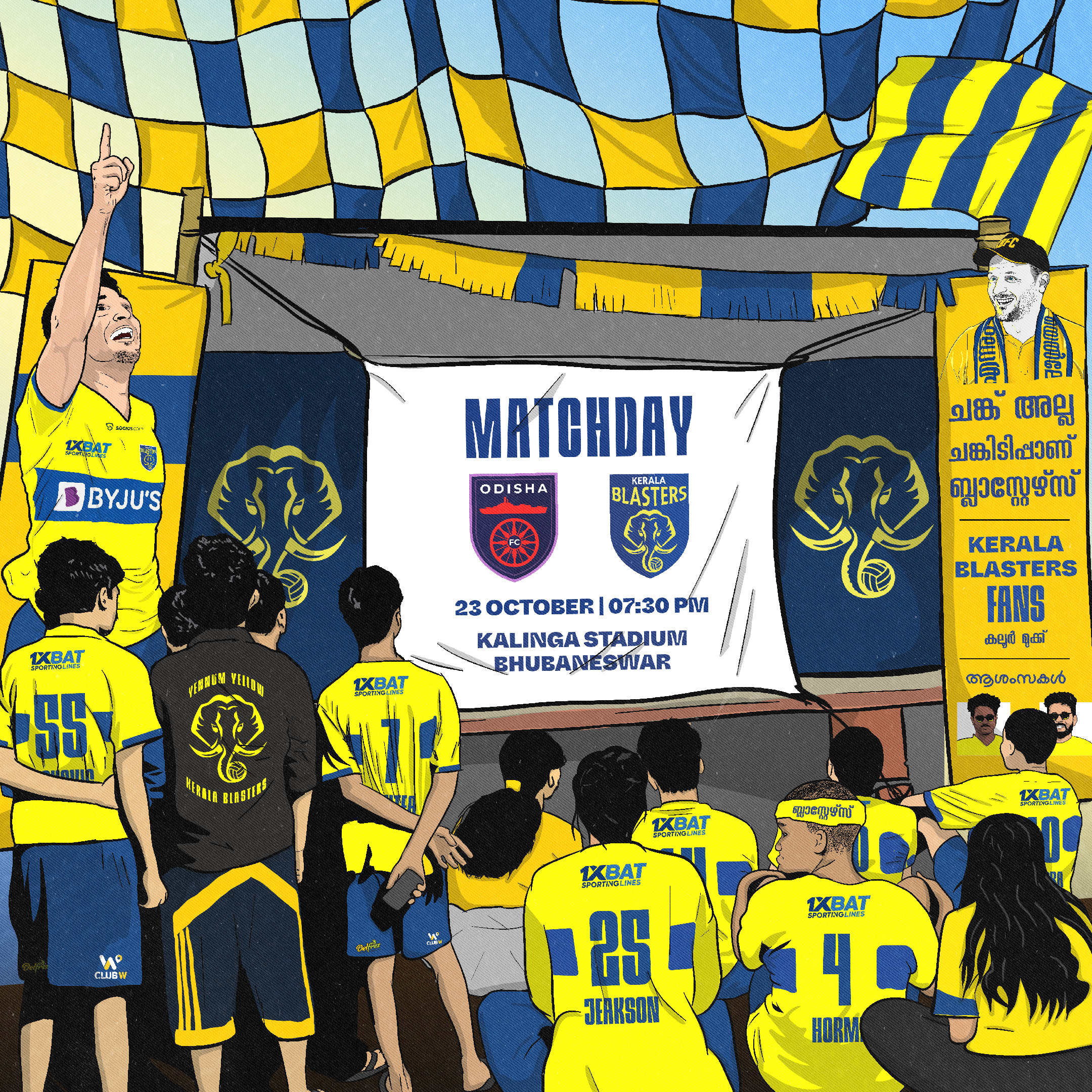 Never GivE In, Never back down

Kerala Blasters will lock horns with Odisha FC in the first away match of the Hero ISL season 9. Blasters, started off the season with an exquisite win against East Bengal FC fell short in the next game against ATKMB for 2-5. Even though it was the yellow army who took the lead against the Mariners, they came back to the game before half time and etched another win to their books.
Odisha FC is in a similar setting as well. They defeated Jamshedpur FC (2-3) in the first match of the season but failed to clinch the three points against Mumbai City FC (2-0). Both the teams are akin in their football philosophy, that is, both like to play attacking and entertaining football. Blasters will be looking forward to getting back into winning ways and to regain the mentality whereas the Kalinga warriors will be aiming for an home victory.

Kerala holds an upper hand against Odisha FC in ISL. KBFC emerged victorious 7 times in past 18 clashes and Odisha have won 4 times. The points were shared on 7 occasions. A game between these two teams almost always assures a goal. Both of them have found nets for 24 times each. In their last meeting, KBFC dominated the game to win 2-0

The local lad Rahul KP scored a delicate goal against ATKMB in front of the home fans for the first time. He has been offering pace and agility to the team each time he was on the pitch.

Ivan Kaliuzhnyi continues to increase his goal tally in yellow. After the brace against East Bengal, the Ukrainian got the introductory goal of the match against ATKMB. Apart from goals, he has also been a workforce in midfield for KBFC.

Sahal Abdul Samad has been pivotal for Ivan’s Blasters in this season. He had a good game against ATKMB, working relentlessly down the flank and added an assist to his name with the pass given for Kaliuzhnyi’s goal.

Catch it live on Disney+Hotstar, Jio TV, Asianet Plus, and the Star Sports network.
Updates are also available on the club’s Twitter handle.