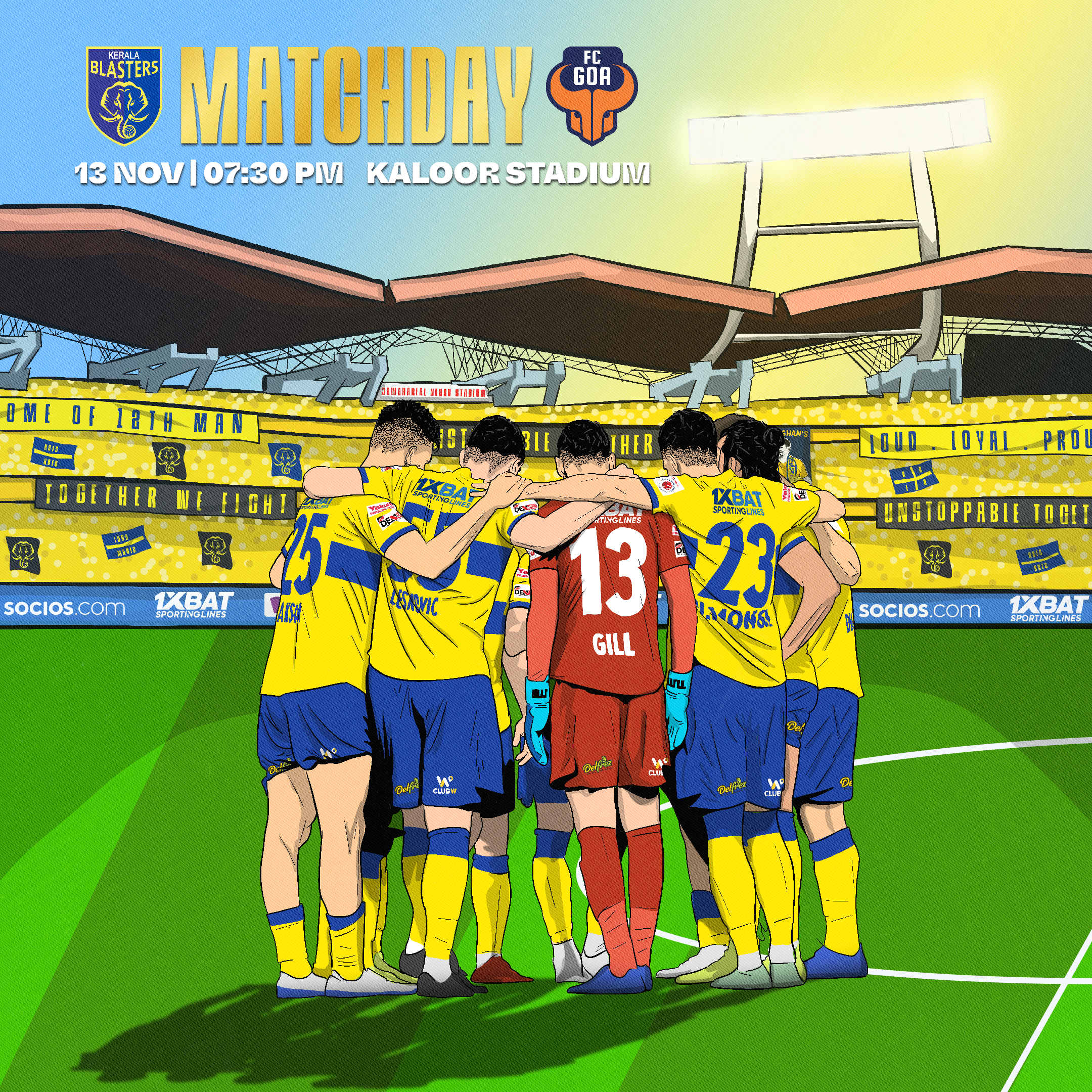 FIERCE BATTLE UPON US

Kerala Blasters will take on FC Goa in their fourth home match of the season at Jawaharlal Nehru Stadium, Kochi. KBFC who is coming after a remarkable away win against Northeast United FC for 3-0 will be looking forward to replicating the same against FC Goa. In their prior game against Jamshedpur FC, the Gaurs also won by the margin of 3-0 and hence they will be eager to continue the winning run.

In the game against NEUFC, our Greek forward Dimitrios found his first goal of the season and Sahal, who came in as a substitute, scored the brace to wrap the game for us. With 6 points from 5 games, KBFC is now placed in 7th position of the league table. Goa is in 4th position with 9 points from 4 games.

Dimitrios Diamantakos finally found the nets with a classical number 9 finish against NEUFC from Saurav’s pass across the face of goal.Sahal Abdul Samad who became the most capped player for KBFC in ISL with 77 games under his belt, scored a brace in the dying minutes of the game against the Highlanders. Sahal came in as the substitute but didn’t hesitate to show his abilities in front of goal and made his ‘milestone’ match a memorable one.

FC Goa is almost always a tough opponent for the Blasters. Out of 16 matches played between these two teams, the Gaurs have won 9 times and have scored 40 goals against KBFC. Blasters have won only 3 games and the remaining 4 ended up in stalemate. With 63 goals scored against each other, Kerala-Goa battle is one of the highest scoring fixture in the ISL.