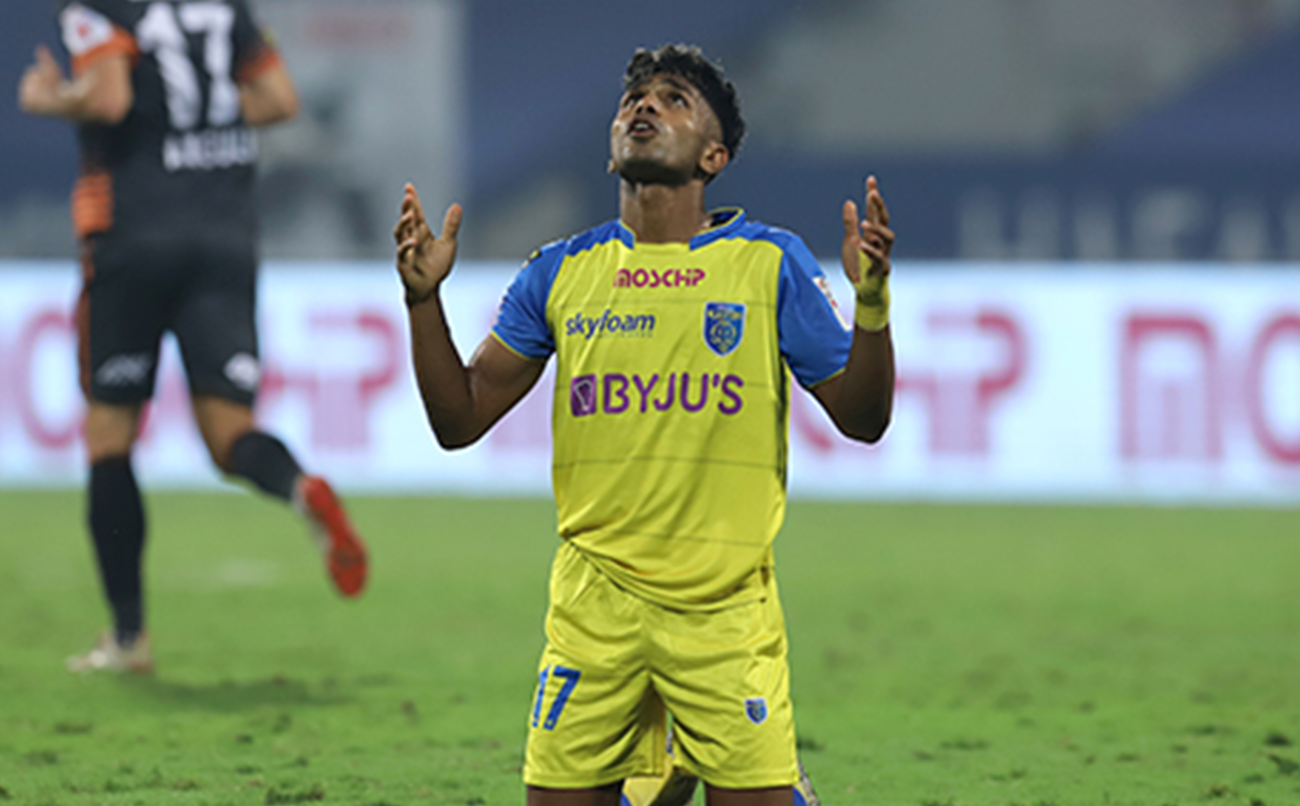 YOU CANNOT KEEP SPRING FROM COMING

The God of football, none other than Pele once said, “Success is no accident. It is hard work, perseverance, learning, studying, sacrifice and most of all, love of what you are doing or learning to do.” Analyzing the current state of Kerala Blasters in ISL season – 7, this is exactly the phase our team is going through. We had our struggles initially and the fans had to wait until the 7th match to end that struggle. And the success in the 7th game was certainly not accidental, but, the outcome of the sheer hard work Kibu and co. put in the training sessions as well as on the field during the matches. It is certainly the outcome of the lessons learned during the initial games and I would like to put it as the process of ‘unlearning’.

What surprises me (and most of the fans) is the way our chief tactician drove the transition from his favorite possession-based football to an outcome-oriented one. Any transformation phase is painful and so is ours. We began the league with an ambitious transformation process that took its own ugly face as we fans became increasingly impatient as the game progressed. I wouldn’t blame the KBFC fans for their displeasure as we had seen enough in the past seasons.

That’s where we saw the adaptability of our tactician as he took a crazy game shift from the core DNA of his philosophy. He realized the possession-based game need to be structured a bit more aggressively and there we witnessed the high pressing, counter-attacking, and the convergence of possession and long pass games. It even changed the basic nature of our players’ approach towards the game and we finally started seeing the positive outcome. It doesn’t come naturally to any coach to transform his core philosophy and to me, it looks like a challenging ask, if not a herculean task.

So, that’s where we stand today. However, I would like to take a slight deviation here and go back to the history of club football. As we fans are being highly impatient without a trophy in the past 6 years of ISL history, it would be interesting to see where our global counterparts stand. Do you know that one of your favorite Premier League club Manchester United had to wait for 41 long years to grab their first title between 1911 to 1952. And if you do not want to take this into consideration as it was in the early years of professional football, let me tell you that they went another 26 years without winning the league between 1967 and 1993.

Crazy right? Yes, that is the harsh realities of football that the fans have to undergo with. It doesn’t mean that the fans need to be patient enough and be happy with the club’s performance. While United’s millennial and Generation Z fans had a dream journey, the previous generations had an extremely struggling and dismaying phase. As Gary Neville rightly mentioned “It [Manchester United] had 26 years, where there was an angry crowd. You see this crowd here today, by the way, that’s not this crowd I grew up within the 1970s and 80s.”
This reminds me of the words of our evergreen romantic poet Changampuzha Krishna Pillai – “ഇതിനൊക്കെ പ്രതികാരം ചെയ്യാതടങ്ങുമോ പ്രതിതരെ നിങ്ങൾ തൻ പിന്മുറക്കാർ “. And the rest is history for Manchester United.

Hence, fans will certainly show their displeasure and I strongly believe that it will only do good for the club’s journey. As we see in social media platforms that the fans taking stands to position one as ‘true fan’ and others as ‘betrayers’. To be honest, I do not believe in this discrimination. We are ONE KBFC family, period! As Cristiano Ronaldo said, “Your love makes me strong, your hate makes me unstoppable!”. So, fair criticism will only help our players to push their boundaries and deliver the unexpected. But let us always be fair and be positive even in our criticism.

We are a football-loving state, we are football crazy people, football is in our blood and will continue to remain so. 6 years is not a long stretch in football. Success will certainly come but let us be patient. In the words of Pablo Neruda – “You can cut all the flowers, but you cannot keep Spring from coming.”