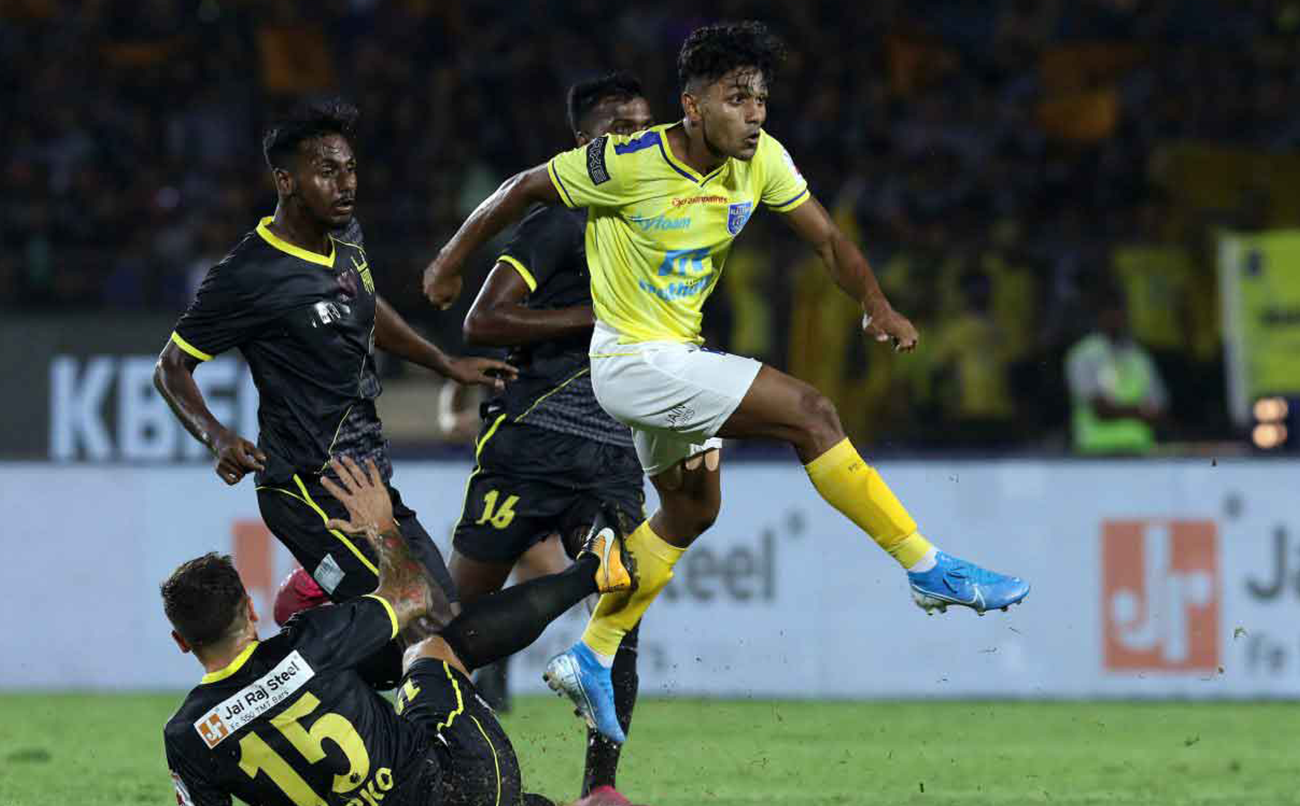 Being a fan of Kerala football is not easy. That is because it has been such a rollercoaster ride. I only have few fleeting memories of the stalwart players like I M Vijayan and Joe Paul Ancheri when the Kerala players were dominating the national stage. However, I know them from my father, who still says a story of bumping into the above two in a tea stall at Kolkata. And I M Vijayan talking to my father and friends about the injury he got in previous game. From there we went to Viva Kerala and Chirag Kerala being the only topflight club representing the state in the national league. I still remember waiting for the next day’s newspaper to find the result of the match in a small column. Then when they shut down operations, I must make a confession that I stopped following Indian football until Kerala blasters came. They revived the football interest in Kerala for that am always grateful.

I always wanted my club Kerala blasters to give chances to local lads. But now not only they are giving a chance, but they are building a spine of Kerala lads, who will be the building blocks for this new young team. Sahal, Rahul, Hakku all signing new long-term deals with the club. Prashant after signing a new deal and Arjun who is back from a long injury still contracted to the club.

Sahal what more to say about this lad. He has Indian football at his feet. The throne of best Indian player will be vacant in near future. And Sahal will have himself to blame if he is not sitting in that. This is the season; it is time to deliver the goods and take over.Rahul whisper it slowly this kid is going places. I have watched from his young age being the only Keralite to play at world cup. Then his development at Indian arrows and eventually at blasters. Such a versatile player. But for me though play him at RW and let him do his magic.I was admirer of Hakku from his Fateh Hyderabad days. I was very excited when he signed for blasters and then signing a new deal despite limited appearance. Defense is a tough place to break in. You must have a tough character to do so. And you can see the young defender has that. There is a question that who is next after Anas ikka? Maybe we have the answer here.

Prashant is not your dazzling footballer. But you cannot just have specialist in the squad. As a club it’s good to have certain players who can do a job in some matches. Prashant with his pace can do a job. It’s up to Kibu to utilize him. If we go by how Kibu utilized Suhair at MB, am certain he will use Prashant well. Arjun is coming back from a long injury lay off. We have seen what Arjun can do in his Gokulam Kerala FC days. For most of the games he was the best player on the pitch. I hope both him and Kibu can get him to that level again.

As am very excited about the new season, I would urge my fellow fans to be cautiously optimistic. This is a process we are starting with a very young team. They need time. And it is our duty as fans to give them that. As all the matches will be played without crowds, the fan reaction will be judged by social media stuffs. There will be up and downs, as it is a young team. Back the players, let them grow together. TRUST THE PROCESS.