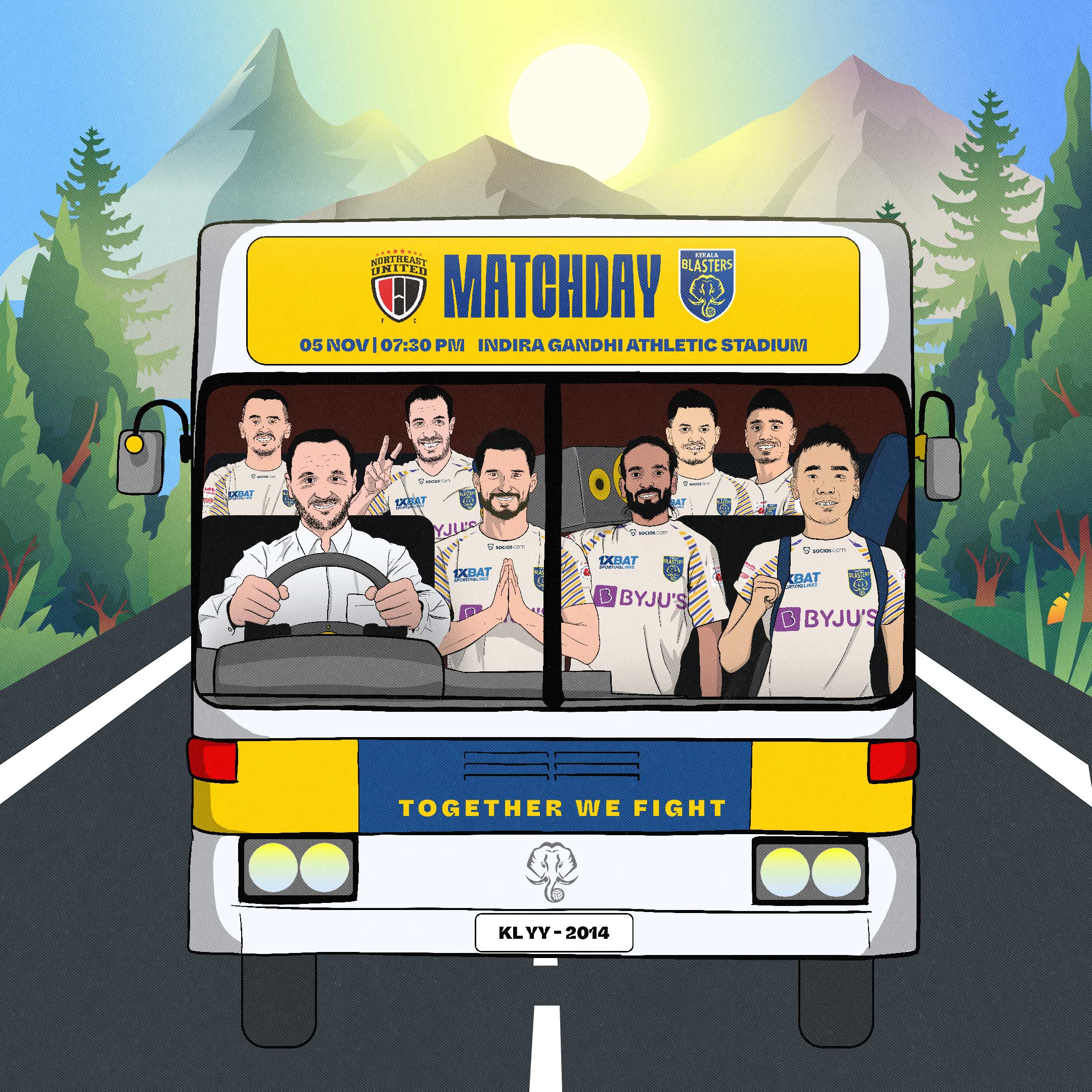 We will rise together

Kerala Blasters will encounter Northeast United FC in their second away game of the season at Indira Gandhi Athletic Stadium, Guwahati. In the last game against Mumbai City, the Blasters faced a defeat of two goals, but the character shown by the team in the second half has reignited the hope of many fans.

With only three points from the first four games of the season, the men in yellow will be eyeing a win to get back into the rhythm. Northeast is currently last in the table and they haven’t secured a point yet. Despite their bottom spot, they’ve always given a good fight to each team they faced.

KBFC holds an upper hand against NEUFC as we have won 6 out of 16 games. Highlanders have tasted victory 4 times and it was all square 6 times in the history of Hero ISL. In the previous season, KBFC emerged victorious in one match and the other ended as a stalemate.

KP Rahul had an extraordinary outing against Mumbai in Kochi. He possessed a lot of threat to the Islander’s defence and created a lot of difficulties for them with his little touches and sleeky skills.

Adrian Luna has been pivotal for Blasters in all these games. Against Mumbai City, it was very unfortunate that he couldn’t find a goal as he struck the woodwork and missed some other chances.

NEUFC vs KBFC will be streamed through Disney+ Hotstar, Jio TV, Asianet Plus and Star Sports network. Updates will be made available through the club’s Twitter account also.