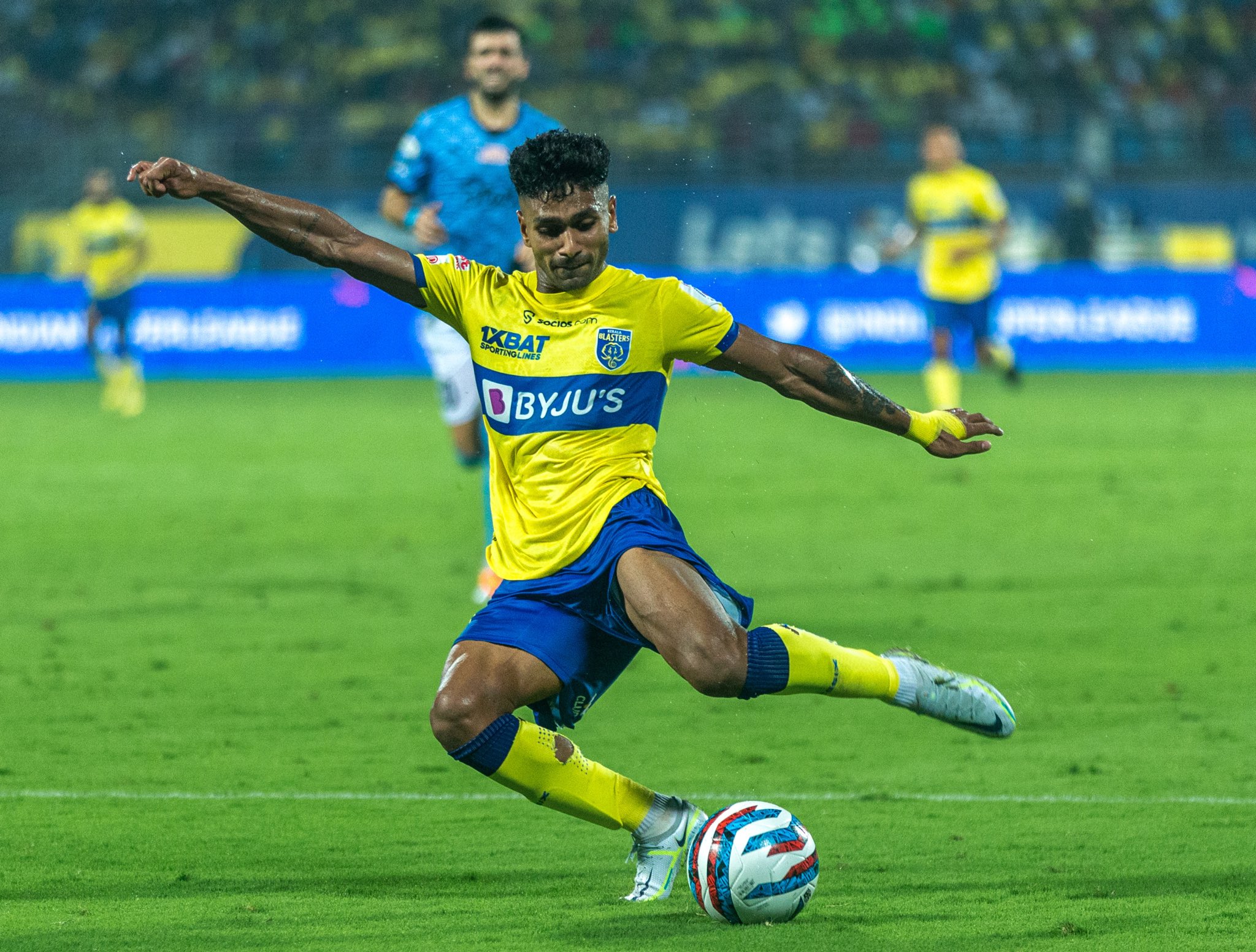 THE REWIND: KBFC vs MCFC

Visitors started attacking from the very first touch on the ball and tested the Blasters custodian when it was just 10 minutes into the game. With Lallianzuala Chhangte and Bipin Singh Thounaojam testing the Blasters defence trough wings repeatedly, Blasters could not step into the attacking football which Ivan Vukomanović’s men are known for. Lalengmawia Ralte (Apuia) tested his shooting skills on the blasters defence line in the 5th minute but failed to find the target. With Greg Stewart and Apuia moving up and causing troubles for the blasters defence, visitors dominated the game and possession throughout the first half. With Mehtab Singh scoring from a corner in the 21st minute and Jorge Pereyra Díaz finding the net in the 31st minute, visitors had the score board in their favour till half time.

It looked like the half time talk in Kerala Blasters dressing room showed results. Blasters slowly got the game back from the dominating Mumbai City. ‘MEN IN YELLOW’ started putting pressure on Mumbai City defence, winning balls in the midfield with the defence line more organized and dominating against Mumbai City attacks. This started to reflect in the game immediately, with a header from Dimitrios Diamantakos on a cross from Adrian Luna in the 52nd minute narrowly missing the target. His attaching partner Sahal Abdul Samad tried his luck by whipping the ball towards the Mumbai city goal line on the 53rd minute. With constant attack from blasters, Mumbai city custodian Phurba Tempa Lachenpa stood as the last line of defence multiple times. A screamer from Dimitrios Diamantakos in the 57th minute was denied only because of a brilliant save from Phurba Lachenpa. Jeakson Singh also joined the list on the 57th minute by attempting a header which could not find the target. With Rahul Kp causing trouble for the visitors, blasters kept on penetrating the Mumbai city defence.

When game was flowing towards the Mumbai city defence, visitors also made isolated attempts to bring back the pressure on blasters defence. One such attempt in the 69th minute from Mehtab Singh went away from the post. Blasters replaced Víctor Mongil and Sahal Abdul Samad with Hormipam Ruivah and Ivan Kalyuzhnyi in the 70th minute. A quick counterattack from blasters on 72nd minute almost got the hosts on the score card. A shot from Adrian Luna hit the inside post and bounces back and header attempt form Rahul KP narrowly missing then near post. Mumbai city fc also had their share of missing chances on the other end. Lallianzuala Chhangte’s shot went far away from target on 73rd minute when there was only the Blasters custodian Prabhsukhan Singh Gill between him and the goalpost. Puitea was replaced by Bidyashagar Singh in the 81st minute by blasters. A shot from Luna in the 94th minute missed the target for Blasters again. Rahul KP and Adrián Luna were replaced by Bryce Brian Miranda and Saurav Mandal to bring in fresh legs. However, the score card remained in favour of the visitors 2-0.

Though KERALA BLASTERS could not secure three points against the inform MUMBAI CITY FC on a close fight, match ended up with positive signs for the ‘MEN IN YELLOW’ from the second half.