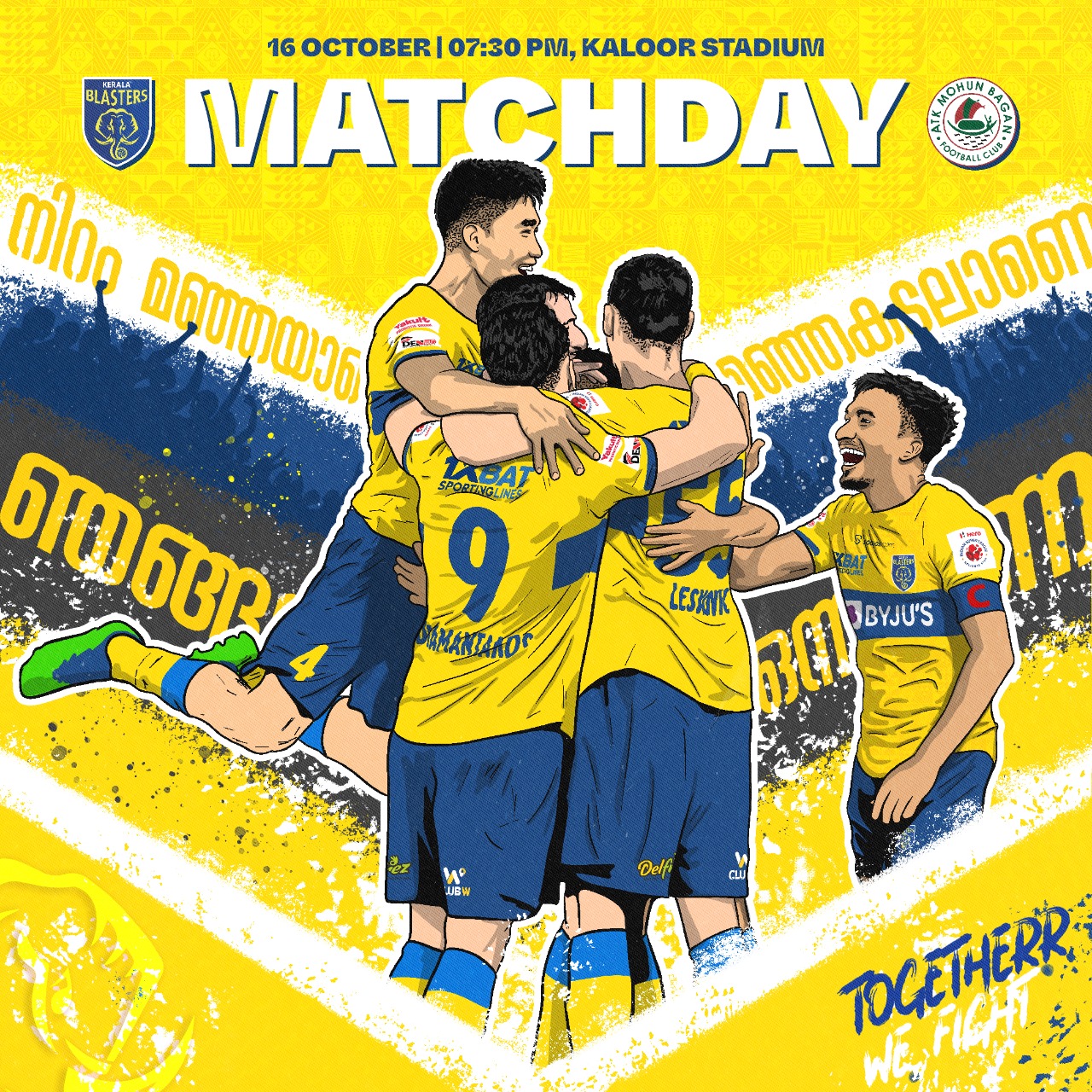 SQUAD UP FOR THE EL CLASICO

Kerala Blasters will be facing ATK Mohun Bagan at JLN stadium, Kochi in the second match of the season. KBFC who is coming after a tremendous win against East Bengal FC will be looking forward to continue their winning momentum. ATKMB on other side lost their introductory match against Chennaiyin FC and they will be eager to register their first win of the season in Kochi.

KBFC had a good start to the season with the win against East Bengal in front of the home fans. Ivan Kaliuzhnyi, who came in as a substitute for the last 10 minutes scored 2 brilliant goals to secure the game for us. It was the Uruguayan, Adrian Luna who broke the deadlock to give us the lead. The men in yellow will be aiming to repeat the same result against a formidable ATKMB side

Kerala Blasters have faced ATK Mohun Bagan 4 times out of which the Mariners won 3 times and spoils where shared at a single occasion. In the very recent outing against them, Blasters were held to a 2-2 draw, the 2 goals came from Adrian Luna.

Ivan Kaliuzhnyi, the Ukrainian proved to be a super sub with 2 goals scored in a span of 10 minutes in his first ever game in yellow.Adrian Luna continues to deliver the best for the Tuskers and will be a key element when we face the Kolkatan side.Harmanjot Khabra was another player who had a good day at the office on the previous matchday. Alongside fulfilling his defensive duties he provided the assist to Luna’s goal as well.

You can catch the live telecast of ‘Indian El-classico’ on Star Sports, Disney+ Hotstar, Jio TV and Asianet Plus.