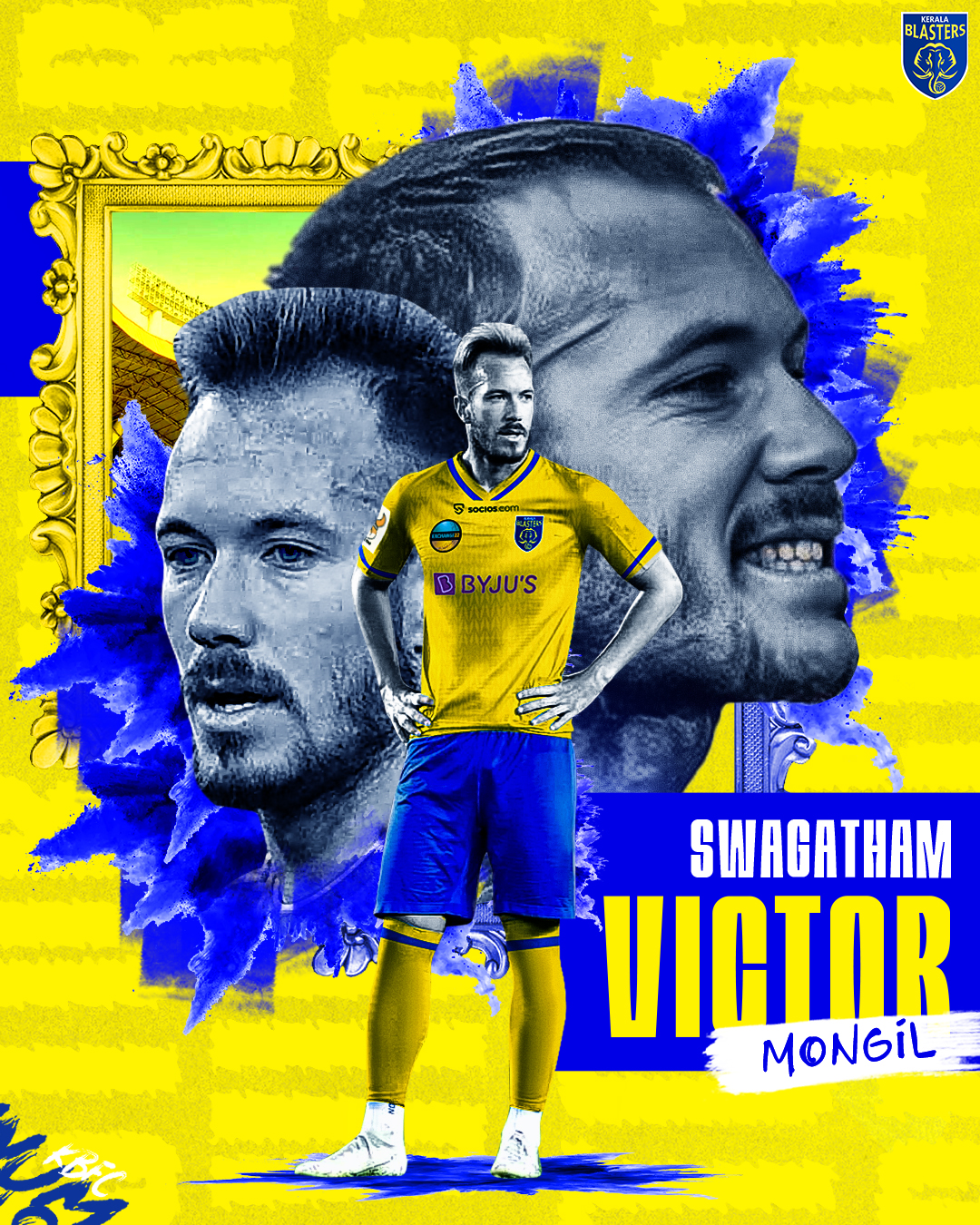 Kerala Blasters FC is happy to announce the signing of versatile Spanish defender Victor Mongil for the Hero Indian Super Leagu 2022/23. He joins Kerala Blasters FC from the Hero ISL side Odisha FC and will stay at the club till 2023, with an option to extend.

The 29-year-old started his youth career with Spanish club Valladolid and went on to play for their B team before representing the main team in the 2011-12 season. He then played for different clubs in Spain including Atletico Madrid B prior to signing for Georgian professional club FC Dinamo Tbilisi in 2019. Victor helped Dinamo Tbilisi win the title in Georgia and also represented the club in the Europa League.

The experienced and versatile centre-back, who can also operate in midfield, signed for ATK in the January transfer window of the 2019-20 ISL season and was a key member of the ATK squad that won the title that season. Following a short summer stint back Dinamo Tbilisi after the 2020 season, Victor returned to Hero Indian Super League with Odisha FC in 2021. Recognized for his commitment and contribution both on and off the pitch, he was given the captain’s armband at Odisha FC. Victor also has the experience of representing the Spanish U-17 national team.

Commenting on Blaster’s second foreign signing Sporting Director Karolis Skinkys said, “Victor is an experienced ISL player, a team minded guy and player who can cover different positions. He showed high motivation to join our project and that’s very important factor. I wish Victor all best for the upcoming season”

“I am very happy to announce that I am officially a Kerala Blasters player. I am looking forward to being with my teammates and for a very exciting season to begin. Surely this year together with the fans and their return to the stadiums we will be able to fight for very nice things” said an excited Victor Mongil

Victor Mongil becomes KBFC’s second foreign signing of the summer after striker Apostolos Giannou, who was announced last week. Alongside Marko Lešković, who penned a 2 year extension with the club this summer, the addition of Mongil will add versatility, experience and leadership to the Blasters defence.