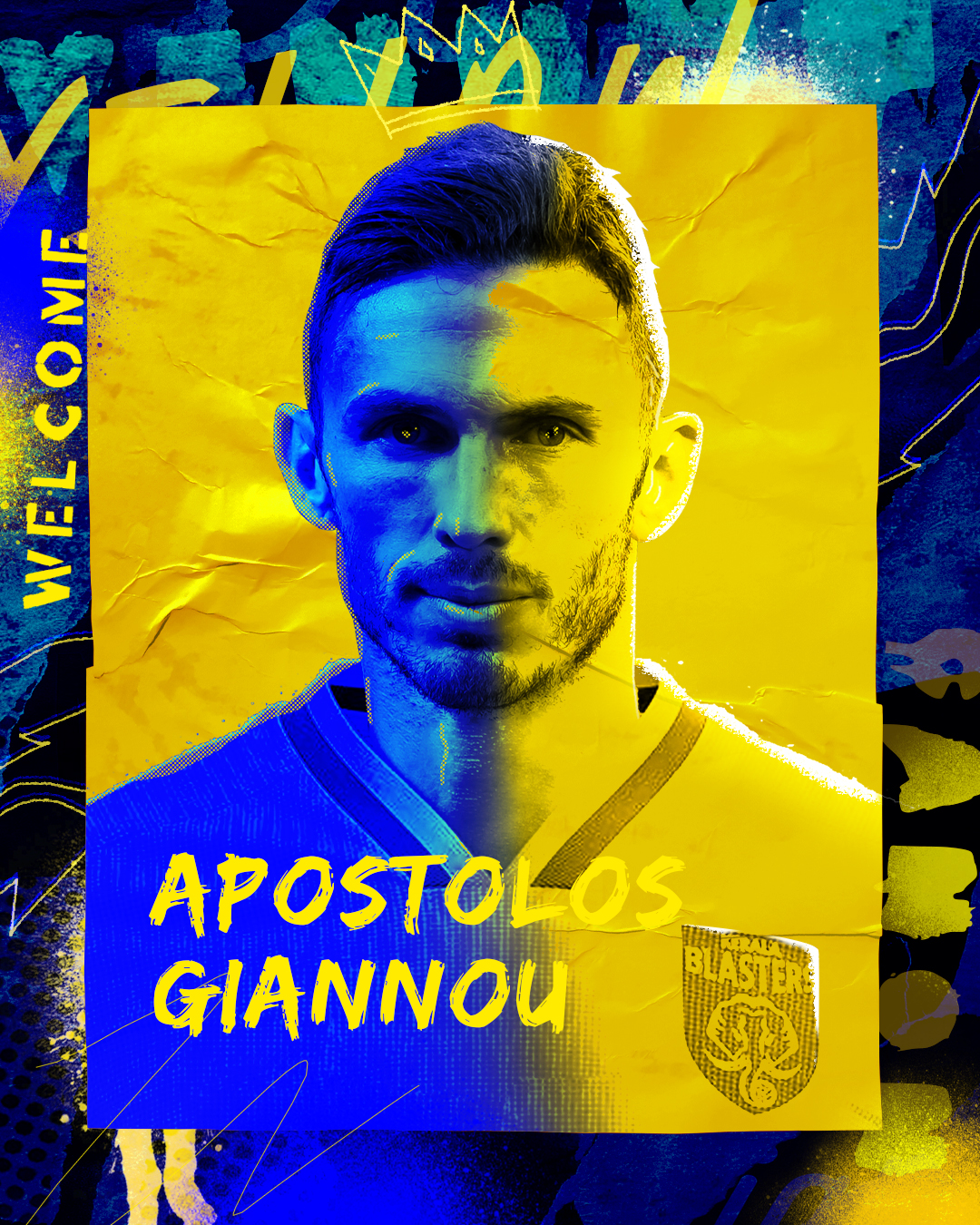 Kerala Blasters FC is delighted to announce the signing of Greek-Australian International striker, Apostolos Giannou, for the Hero Indian Super League 2022/2023 season. He joins the Blasters from A-League Club Macarthur FC and will don the iconic Yellow until the summer of 2023.

Born in Greece, Giannou moved to Australia at a young age. He played for youth teams at the Victorian Institute of Sport and South Melbourne, before making his professional debut with the Oakleigh Cannons. He moved abroad fourteen years ago following a transfer to the Greek first division side Appolon Kalamarias. He then had stints with several Greek first-division teams like Kavala, PAOK, Ethnikos, Panionios, and Asteris Tripoli, recording 38 goals and 15 assists in over 150 appearances.

In 2016, Giannou joined the Chinese Club Guangzhou City FC for a record transfer fee. After 2 prolific seasons in Asia, Giannou signed for Cyprus side AEK Larnaca and later moved to OFI Crete FC in Greece. Before signing with the Blasters, Giannou signed with A-League side Macarthur FC where he made 21 appearances and scored 3 goals for the club.

Giannou has represented Australia at all youth-team levels. He has also amassed 12 appearances with the Australian senior national team, recording 2 goals and 4 assists. He also made 1 appearance for the Greek national team.

Commenting on the Blaster’s first foreign signing of the summer Karolis Skinkys said, “I’m very happy Apostolos finally joined Kerala Blasters, he was our target for the last two years. He is a hardworking attacker who fits our style of play. I also like him because he is a player who plays for the team. I wish him the best time in Kerala!”

” I’m really excited to be signing for Kerala Blasters. I will put my all for the team to achieve the goals it has for this year.” said a happy Giannou upon signing with his new club.

Giannou becomes KBFC’s first foreign signing of the summer. The addition of Giannou will give the Blasters’ a new-look attacking unit as they prepare for the upcoming season.