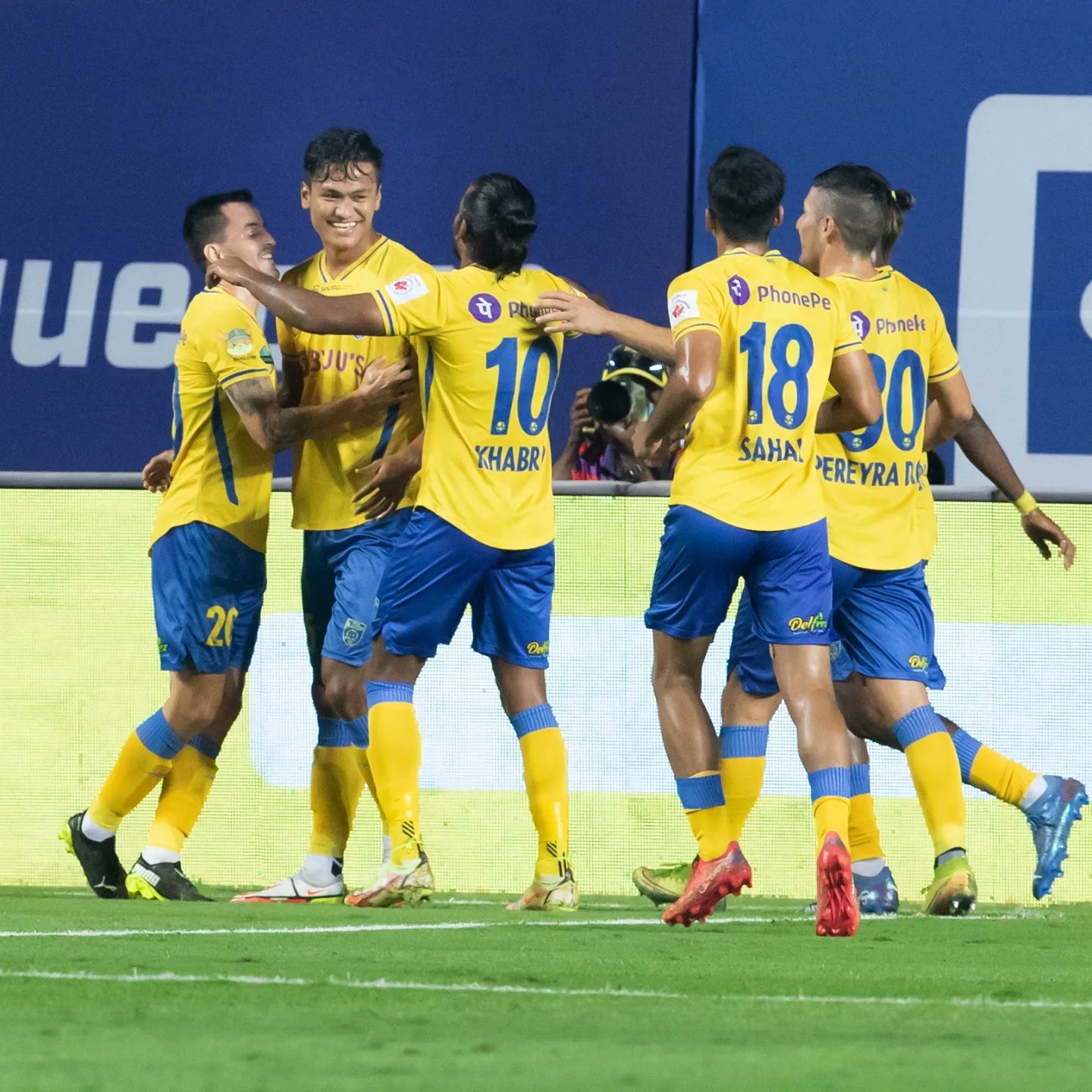 Kerala blasters will lock horns with our southern rivals Chennaiyin FC on 26th February 2022 on a
battle to win back the confidence. Both teams are returning from a defeat and will be striving to regain their confidence by a win.

‘Marina Machans’, who have failed to register a win in their last 6 outings will be all set to give out
everything on the field to win their next 2 matches. Closing the season on a winning
note will be the prime target for coach Syed Sabir Pasha too.

Whereas, Kerala blasters have a must win match to secure the semi-final spot. After a dream run this
season, Ivan Vukomanovic’s men will not be satisfied with anything lesser than a win. Returning from a
last-minute draw against ATK Mohun Bagan, Kerala Blasters fought hard and went down against
Hyderabad FC in the last match. As the season is approaching its closure, each win counts for the
“YELLOW ARMY’.

Availability of Rahul KP will open up options to add more fire power in wing attack for Blasters.
Also, Soraisam Sandeep Singh returning from the suspension makes the defence unit stronger.
However, the man in charge Coach Ivan Vukomanovic and his game plans will remain to play the crucial part in
the MEN IN YELLOW’s performance on feild. When the likes of Aridan luna, Vincy Barretto, Alvaro Vasquez and
Sahal Abdul Samad step in to field on a must win game, it will be interesting to watch how the
Chennaiyin FC defence will be able to contain them.

Kerala Blasters Custodian Prabhsukhan Singh Gill, who have impressed even the opponent team
with a spectacular double save in last match is definitely at his best

Overall, in the Indian super league, CHENNAIYIN FC oversee the fixture with 6 victories out of the 17
times we met. 7 games saw both teams sharing points and KERALA BLASTERS secured wins in
remaining 4 encounters.

KEY PLAYERS TO WATCH OUT.

Aridan luna who is in blistering form will be the player to watch out for.

Vincy Barretto, who was the goal scorer in the last match will be high on confidence and it will be
interesting to watch what he has to offer against the Chennaiyin FC defence.

Prabhsukhan Singh Gill, who is repeatedly demonstrating why he is the front runner for the Golden
Glove will be the man to defeat for the Chennaiyin FC attackers.