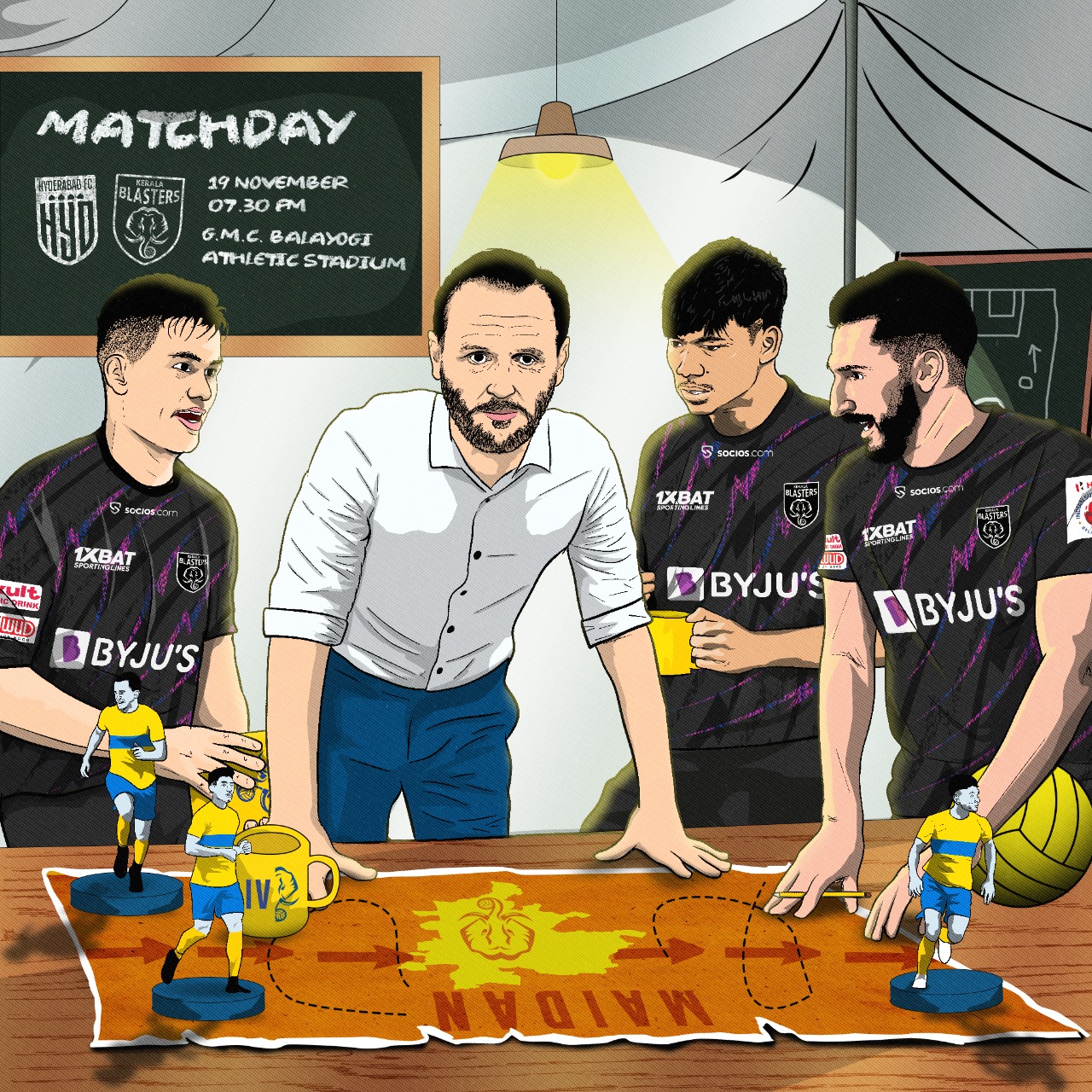 BACK TO THE DRAWING BOARD

Kerala Blasters will be facing Hyderabad FC in the third away match of the season at GMC Balayogi Stadium, Gachibowli. The second match of the doubleheader Saturday will be the repetition of last year’s final match and both teams will be eyeing all three points.

KBFC is coming to this game after an electric win against FC Goa 3-1 in front of the home crowd. We are in the 6th position with 9 points and Hyderabad FC is on an unbeaten run they are at the pole position of the table with 16 points to their name. From the Blasters’ perspective, will be looking forward to winning the game and taking a leap in the point table, whereas HFC will try to increase their point tally.

Kerala and Hyderabad have faced each other 6 times in the league and once in the final match. Blasters have won 3 games and HFC have won 4 times including the finale of season 8. There was never a draw between these two and the goals scored against each other are somewhat similar.

Adrian Luna scored his second of the season against Goa. With 2 goals and an assist to his name, he is one of the top goal contributors for KBFC so far.Dimitrios Diamantakos scored in his second consecutive game with a spot-kick against Goa. It was he who won the penalty kick and didn’t give them a chance for the keeper to touch the ball. He also got an assist in the same game.

Ivan Kaliuzhnyi only scores bangers and he proved it once again with that thunderous strike against FC Goa. With four goals scored in total, the Ukrainian is now leading the Golden Boot charts.

Hyderabad FC vs Kerala Blasters FC will be live-streamed through Disney+ Hotstar, Jio TV, Asianet Plus, and Star Sports Network. Updates will be also available through KBFC’s official Twitter handle