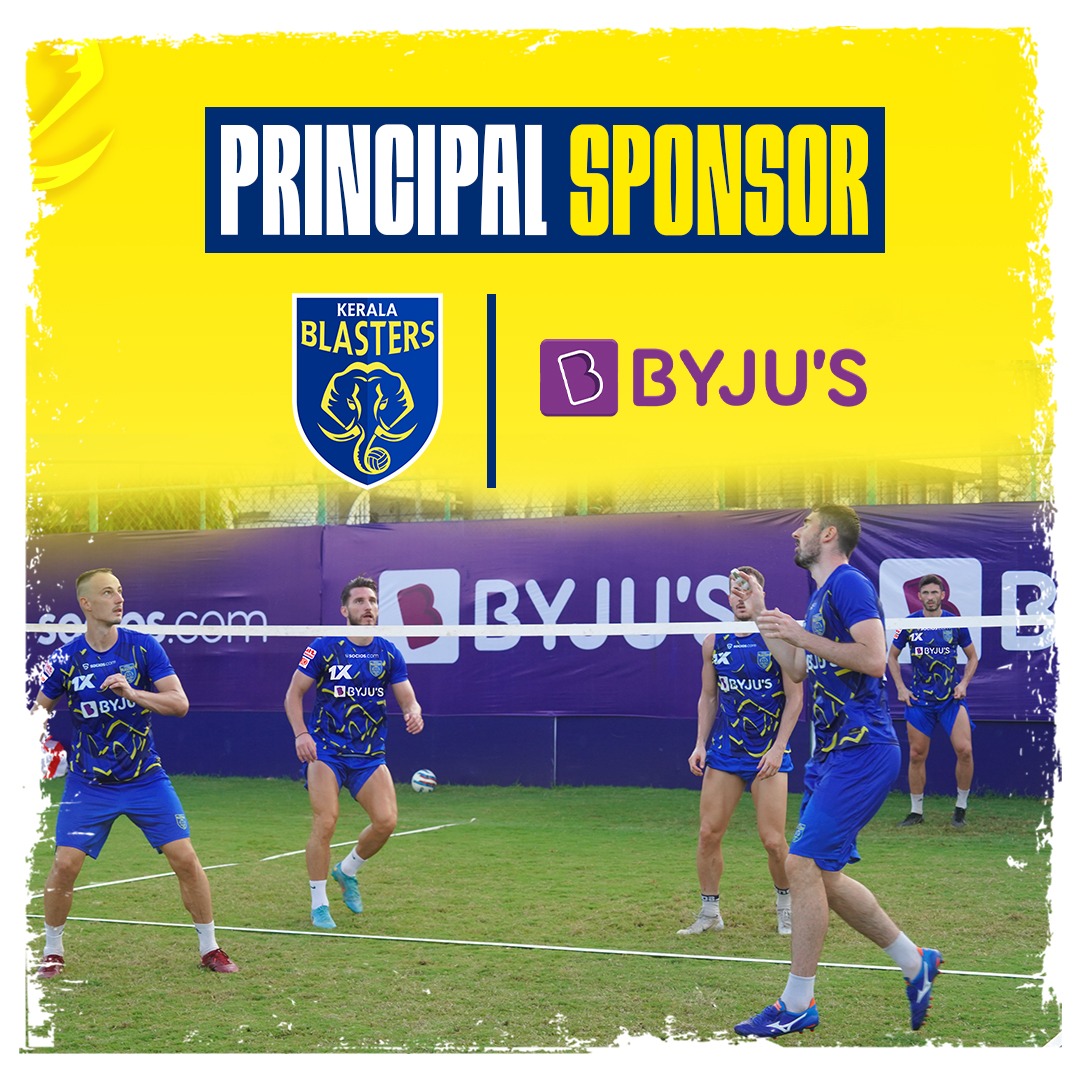 BYJU’S, the world’s largest EdTech company, extends its association with Kerala Blasters FC for two more years as the club’s principal sponsor. This upcoming season will see the two brands step into the third consecutive year as partners. As part of the partnership, the BYJU’S logo will continue to be seen on the front of the official KBFC match and training jersey.

“We are excited to renew and continue our partnership with Kerala Blasters FC. We at BYJU’S  strongly believe that sports play an integral role in the overall development of an individual. Teams sports like football are great teachers of invaluable lessons like teamwork, discipline, character, confidence, and resilience. Just as football inspires billions across the world, we too as a learning company hope to inspire the love of learning in every child’s life. We wish the team all the very best in their future matches” said, Atit Mehta, Marketing Head, BYJU’S

Speaking on the announcement, Nikhil Bhardwaj, Director – Kerala Blasters FC said, “Kerala Blasters FC is elated to welcome back BYJU’S for two more years. We’re happy to be continuing this journey together with BYJU’S, a partner who shares our vision and objective in empowering and encouraging our youth. Together, we look forward to empowering millions of children around the world and helping them realize their dreams through education and sport.”

BYJU’S is the world’s leading edtech company that offers highly adaptive, engaging, and effective learning programs for students across K-12, competitive exams, coding, and upskilling courses for professionals. With over 150 million registered learners globally, 7 million annual paid subscriptions, and a presence in 120 countries, BYJU’S has been at the forefront of creating tech-driven and immersive learning experiences for students around the world. Since the launch of its flagship Learning App in 2015, BYJU’S has been innovating learning experiences and pioneering new approaches to education by blending world-class pedagogy with cutting edge technology. These include hybrid learning, ‘phygital’ learning, interactive and personalised approaches, and multiple learning formats.

BYJU’S portfolio of products has now expanded to meet the learning requirements across grades, levels, and geographies. These include Disney.BYJU’S Early Learn, which offers highly engaging early learning programs for the K-3 segment; BYJU’S Classes with Two Teacher Advantage – a comprehensive after-school learning solution; BYJU’S Tuition Centre – a hybrid after-school learning centre; BYJU’S Exam Prep for various entrance tests, and more. It also offers coding, maths and music programs to students in the USA, UK, Australia, Brazil, Indonesia, and Mexico.BYJU’S is taking big strides in bringing together the best of offline and online learning experiences and setting up international innovation hubs to deliver breakthrough solutions across its ecosystem of learning products.