Victor Mongil, who also has the experience of representing the Spanish U17 national team, started his youth career with Spanish club Valladolid and went on to play for their B team before representing the main team in the 2011-12 season. He then played for different clubs in Spain including Atletico Madrid B before signing for Georgian professional club FC Dinamo Tbilisi in 2019. Victor helped Dinamo Tbilisi win the title in Georgia and also represented the club in the UEFA Europa League. The experienced centre-back signed for ATK FC in the January transfer window of the 2019-20 season of the Hero ISL in which the Kolkata-based side clinched the title. He returned to Dinamo Tbilisi after his stint with ATK FC in 2020. He returned to the Hero ISL with Odisha FC ahead of the 2021-22 season. 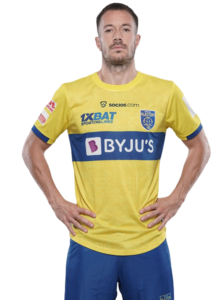