Marko Leskovic has played more than 150 games in the Croatian top division. Leskovic began his career at NK Osijek and made 35 senior appearances for the club. Later, he was transferred to HNK Rijeka on a four-year contract. During his stint there, the club also qualified for the group stage of the UEFA Europa league. Leskovic was then transferred to Dinamo Zagreb in July 2016, and was loaned out to NK Lokomotiva in January 2020 until the end of the season. The versatile centre-back also has experience operating in left-back and defensive midfield. Leskovic has represented his country at all youth national levels from U18 to U21. He made his debut for the Croatian senior national team against Argentina in 2014. His last international appearance was against Estonia. He joined Kerala Blasters FC ahead of the 2021-22 Hero ISL. 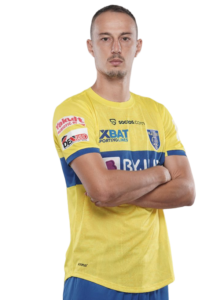