Lalthathanga Khawlhring, popularly known as Puitea, started out in the Mizoram Premier League, where he was awarded the best midfielder of the year award in 2015 season while playing for Bethlehem Vengthlang. Making his Hero ISL debut with NorthEast United FC during the 2018-19 season, Puitea established himself as a mainstay in Eelco Schattorie’s team, playing 20 matches en route to the Hero ISL semi-finals. After an injury-ridden campaign next season with the Highlanders, Puitea joined Kerala Blasters FC ahead of Hero ISL 2020-21 and scored one goal in 10 appearances for them. 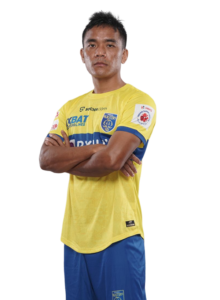